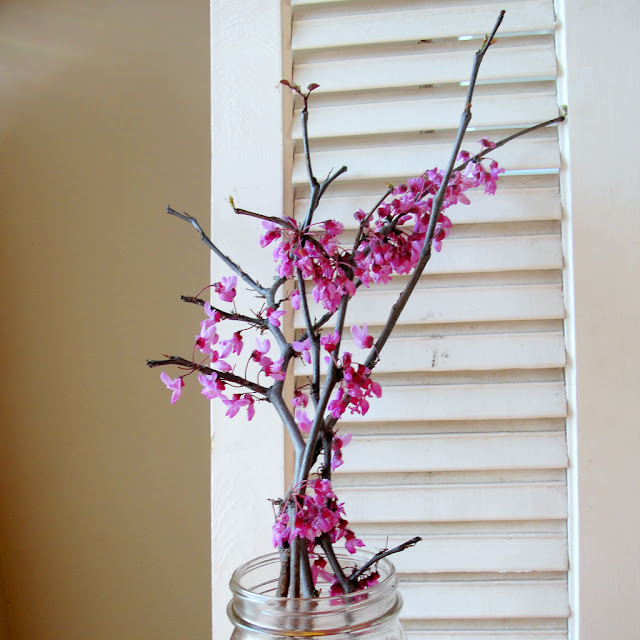 We have these blossoming "popcorn" trees, as my son would say and now that the white bradford pear flowers are turning to leaves, these purple trees are in bloom. Easily, the short branches came off for a pretty little display in a cleaned out jar. I didn't want to (force my husband) to take too many or be too stingy taking from the tree, of course, so we only took small specimens. 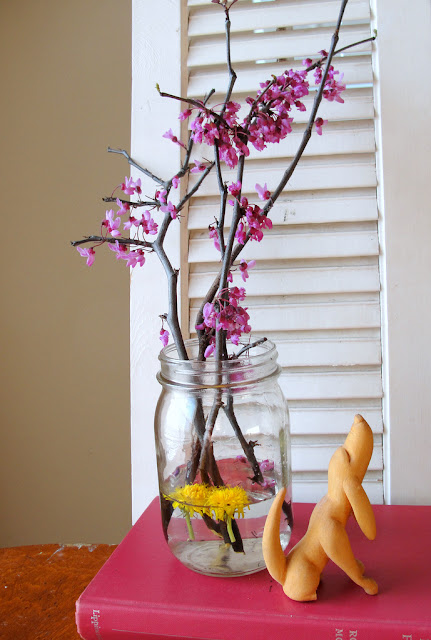 The flowers have been thrown on the ground by my youngest, stomped on, knocked around... and suprisingly, a few of the delicate buds still remain on one branch, the other two branches are almost naked. (Thanks Screwed Up Texan, these are Red Bud blooms!) 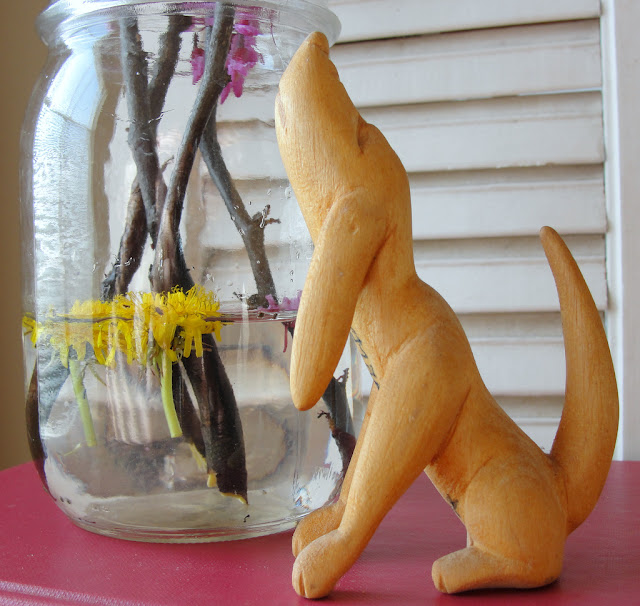 My two boys love picking dandelions. The stems are often too short to put in a tiny baby food jar vase, so my husband thought it would be a good idea to float them in this here jar. Cute, a touch of color!
Did you know that picked dandelions still turn white and fluffy to blow on when you let them dry out? 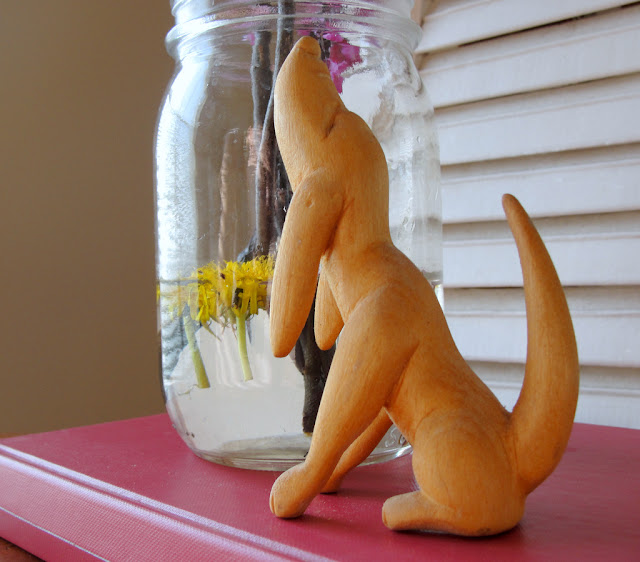 The real story here is this little dog. My grandfather, who primarily served guard duty in the US military during the Korean War, loves to whittle. He has made all types of figurines and has even made canes from trees he has chopped himself, waxed them and even sold a few. He's a magnificent man. A real, humble, Renaissance  man. 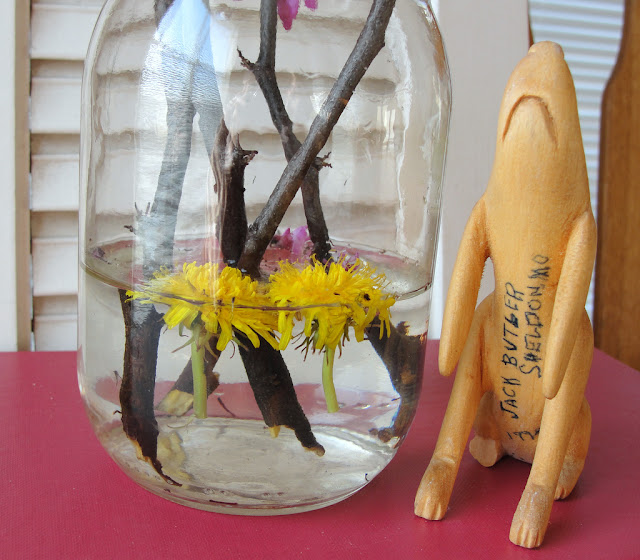 I once admired this little dog he made and he gave it to me, then and there. It is a treasured little creature in my home, and knowing the way the world works, I felt impressed to capture it's sweetness here on my blog before a boy tornado took it out somehow.
He carved his name and info on the belly of the dog. Jack Butler, Sheldon Missouri, 1998. You can read more about him here and here.

Those are redbud blooms!

what a treasure! how lucky you are to have such a tangible piece of your grandfathers talent!

I love that dog. What a great treasure!

so beautiful and the dog is so cute =)

Found you on mormon mommy blogs!! I LOVE the idea about putting the dandelions at the bottom of the vase!! So cute!! My kids also love to pick dandelions !!
Your jewelry is gorgeous!! Im jealous!! Im having a big birthday celebration on my blog... a giveaway a day, if you are interested in giving away a piece of jewelry to a lucky winner.. let me know!! I will be sending them to your etsy page etc for good exposure!!!
Love, JL
www.momtothreebabies.blogspot.com

That little pup is so cute. It's a wonderful treasure for you to display and remember.

Redbuds are one of my favorite things about Texas Springs. I LOVE LOVE LOVE them!

how lucky you are to have such a tangible piece of your grandfathers talent!
free classified india